Captain Freedom debuted in Speed Comics #13, May of 1941 (an oddity, most of the patriotic Axis-smashing heroes debuted before America's involvement in WWII). In issue 16, he'd take over the cover spot and remain there until the end of his run although some of the covers teamed him up with the other major stars of the title.

Despite this and some wonderful covers by Simon & Kirby and Alex Schomburg, he never really caught on enough to carry his own book nor leave a legacy. So far, attempts at bringing back some of the GA heroes of Harvey comics have focused mainly on the Black Cat with Shock Gibson making an appearance or two. Probably two good reasons for this. One, his costume changed almost with each issue, there was really no good iconic look for him. Two, nothing really stood out about him, he was made up of various elements from other characters. He was given the generic job of newspaper publisher and then saddled with a kid gang who generally served as impetus for his adventures and suspected his real identity.

This little story may be one of the more unique and interesting things ever done with him. Speed Comics #26 was published in 1943 and depicts him in one of his better costumes. In the text story, it reveals that he has a super-fast aircraft of his own design which he uses to quickly fly to Germany to help soldiers take Berlin! Hitler's own final fate depicted here is eerily prescient. 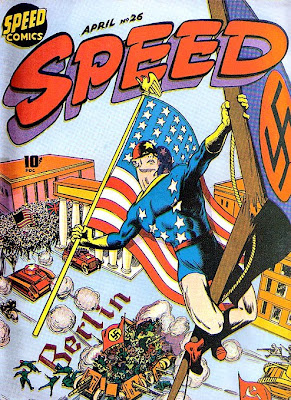 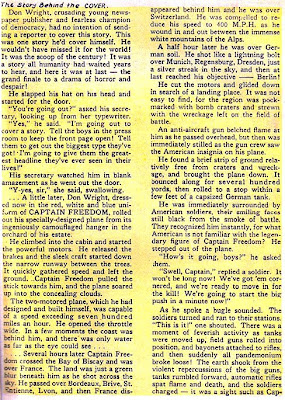 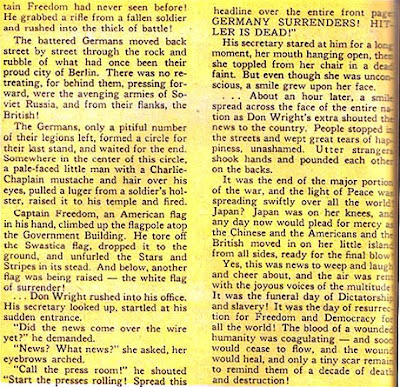